Brothers review: Akshay Kumar is hot but with Sidharth Malhotra, Jackie Shroff this film is a hot mess 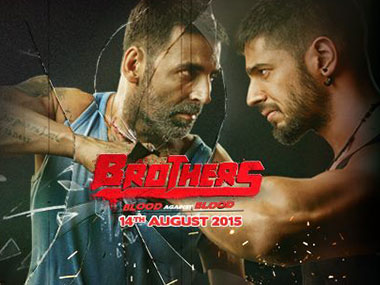 here was a time when Bollywood didn’t bat an eyelid at copying a foreign film and passing the copy off as an original. With the arrival of Hollywood studios on Indian shores, those days are gone. Now there are legal teams that will take producers to court if there’s a whiff of plagiarism and studio executives go around peddling the rights to existing films.Brothers is a product of this new era. Directed by Karan Malhotra, the film is the official remake of the critically-acclaimed Warrior, starring Tom Hardy and Joel Edgerton.

As the title suggests, Brothers is about sibling rivalry.

David is the son of Maria and Garson Fernandes. Garson is an alcoholic who makes a living as a “street fighter”, an imaginary and unofficial sport that’s staple fare in Malhotra’s fictitious Mumbai. Borrowing a page from Masoom, Malhotra gives Garson an illegitimate son named Monty, whom Garson brings home when Monty’s mother dies. David isn’t unsettled by this new sibling. He embraces Monty comfortably and is the ideal, loving elder brother.

Then tragedy strikes the Fernandes household, thanks to Garson’s alcoholism. Garson goes to jail and by the time he’s served his sentence, everything has changed. His hair has turned white and he no longer drinks. David has turned his back on Monty while Monty has developed a hatred for David and a taste for unflattering earrings. Both of them appeared to have spent a fortune on plastic surgery since that’s the only explanation for how the young men from Garson’s pre-jail days could turn into Sidharth Malhotra and Akshay Kumar respectively.

Kumar’s David is a physics teacher, married and a father. His daughter needs expensive medical treatments, which he can’t afford with his salary. So David turns to street fighting, which is actually an insane version of mixed martial arts, or “R2F” (“Right to Fight”). Fortunately for David, a gent named Peter Briganza (a fabulously bombastic Kiran Kumar) has decided to hold a massive R2F championship in Mumbai. In it, Indian fighters will compete against international champions for a prize money of Rs 9 crores. Unfortunately for David, Monty — Sidharth Malhotra with a beard and an earring — is one of the fighters David is up against.

R2F is a mystifying tournament. For some reason, India is the only country with four contestants: Gama from “North India”, Hooda from Haryana, David the Teacher and Monty, whose moniker could perhaps be The Half Monty since he is mostly shirtless. If you’re taken aback by how Haryana is distinct from North India, the world of Brothers has more geopolitical wonders for you. Representing China is a “Shaolin Tooth Fairy” named Tenzing. Only in Bollywood’s vision of the world will a Tibetan fight for China and begin a fight by doing what looks like interpretive dance.

That’s not all. In R2F, there are no rules. A fight with a man who has a broken shoulder is a fair one. We’re told technique and strategy are important even though all we’re shown in the ring is brute force. Fighters are expected to break their opponent’s bones, spill blood liberally and cause potentially fatal injuries. Clearly, R2F hasn’t grasped the basic requirement for a sport to grow both as a discipline and in popularity — a player who is alive and not in hospital. Imagine how big cricket or football would be if at the end of each match, there was just one surviving player in each team. No track record, no continuity, no long-term prospects. Just crazy buggers, which is how the R2F commentary team — led by Raj Zutshi at his most ridiculous — describes its favourite contestants.

There’s so much going wrong in Brothers, it’s difficult to pinpoint the worst aspect of the film. Is it the unrelenting background score that bamboozles us with its attempts at operatic flourish? At one point, we’re warned that a fighter will be introduced with “dangerous music” and what do we hear? A shehnai. Then there’s Siddharth-Garima’s terrible dialogue, which is repetitive and trite. “You gotta fight, man” is what passes for a pep talk in this film.

Or perhaps the real culprits are the desi twists (read: stereotypes) added to Warrior‘s tale. We get Indian Christians who are drunkards and pepper their speech with “man”. They wear crucifixes and tattoo themselves with quotes fromThe Bible and crucifixes. Indian Muslims wear kajal, naturally. The film expects us to be interested in a ‘sport’ that is so brutal that Genghis Khan would probably have banned it. It wants us to sympathise with a man who was an abusive husband, an uncaring father and who has committed murder — all because he apologised and has bags under tear-filled eyes. You know what they say, sorry is the hardest word.

Thanks to director Karan Malhotra’s inept direction, there’s more hamming in Brothers than in a pig farm where a kid is watching all the Babe films back to back, while reading Charlotte’s Web and Animal Farm. Glycerine flows freely, violins wail and bones crunch while subtlety slits its wrists in a corner.

Until intermission, Brothers is slow, bogged down by flashbacks and repetition. After intermission, we’re plunged into the R2F tournament, which is supposed to be tense and gut-wrenching, but ends up being hilarious and ridiculous. Somewhere in Brothers‘ runtime of 158 minutes, Kareena Kapoor Khan appears with some sequins stuck on her person. It’s an excellent moment to go and get popcorn since her item number could be a thesis on desperation and the anxiety of actresses in their thirties.

Some of the casting in Brothers is inspired, like Jackie Shroff playing a former alcoholic, Kumar as an ageing action hero and the decision to fill the supporting cast with actors like Kulbhushan Kharbanda and Ashutosh Rana. Unfortunately, practically every actor in the film ends up looking like a clown. Sidharth Malhotra struggles to find more than one expression in the film. Whether he’s angry, confused or drunk, he looks more or less the same. In terms of his figure, the actor has bulked up for the role, but his beefy look has none of the menace or furious tension that characterised Hardy in the original film.

The only relief in Brothers is Akshay Kumar, who doesn’t look ridiculous even when he’s on a mat, clutching Sidharth Malhotra in what looks like a very violent cuddle. Kumar plays his age, which he wears gracefully. The liberal scattering of white in his body hair and beard emphasise how much older he is than all the pumped-up fighters around him and it only adds to his sex appeal (particularly in the shots that offer high resolution close-ups of his muscular torso. It’s very refreshing to see a chest that hasn’t been depilated to resemble a baby’s bottom). For most of the film, Kumar is understated and credible. There’s a fluid grace to his movements particularly when he’s fighting or training, that make him a joy to watch.

Unfortunately, that’s not enough to redeem Brothers. The film exposes Bollywood’s terrible storytelling skills. AllBrothers’ creative team had to do was translate Warrior‘s screenplay. Instead, this remake is an unholy mess that suggests the director has little interest in logic and even less insight into human nature. Part of Brothers’ problem is that it thinks the audience is idiotic. Every point is spelled out and repeated. For instance, when David wins a fight, we’re shown a text message in which he has written “I WON!!!” as well as a host of minor characters who say “David has won!” — just in case we hadn’t picked up on this fact from David having broken his opponent’s bones and the referee holding up David’s hand at the end of the fight.

The other problem is that mindless violence makes sense to Malhotra, judging from the way it dominates both this film and his previous one, a remake of Agneepath. Evidently, Malhotra doesn’t believe violence has a psychology or reasoning. It, like gravity, just is, and we should be awestruck by it.

A few more films like Brothers and Bollywood will have achieved what no amount of litigation can manage — the freedom to copy freely. Because if Gavin O’Connor, who directed and co-wrote Warrior, ever sees how his story has been brutalised, he might just go on a campaign claiming that intellectual property rights be damned, Hollywood is better off not being associated with Bollywood remakes. 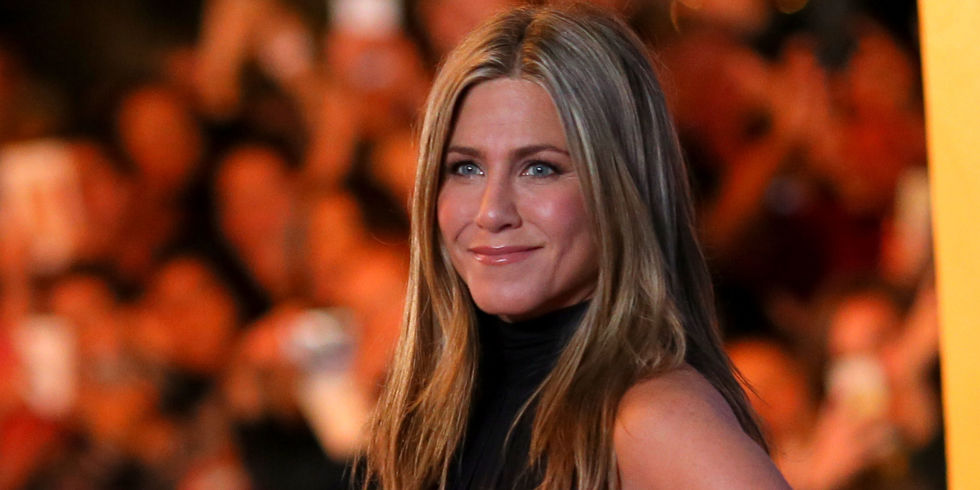 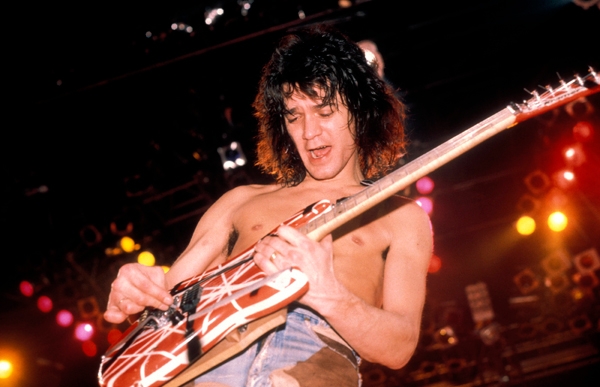 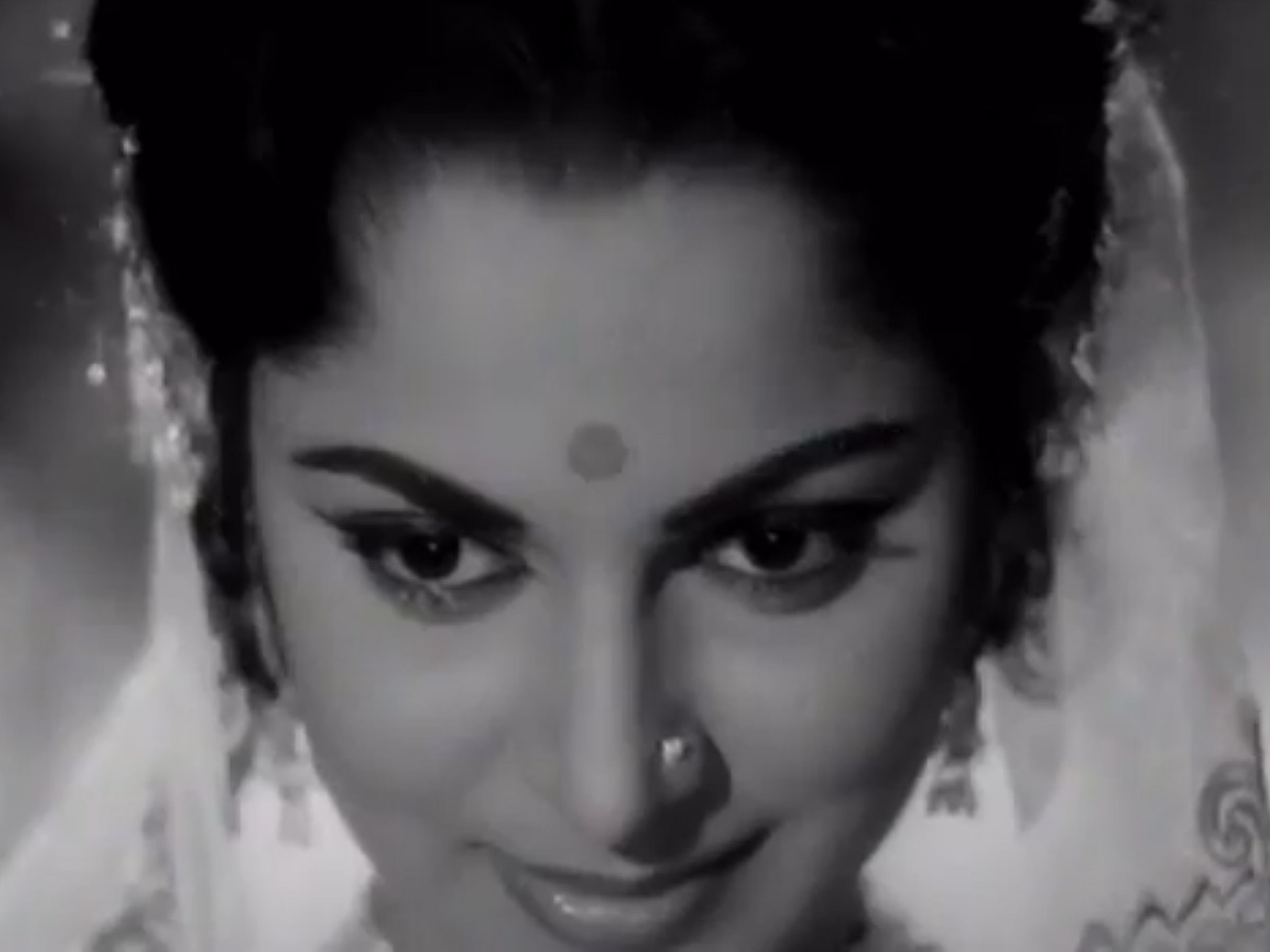 Waheeda Rehman ‘not okay’ with a biopic on herself