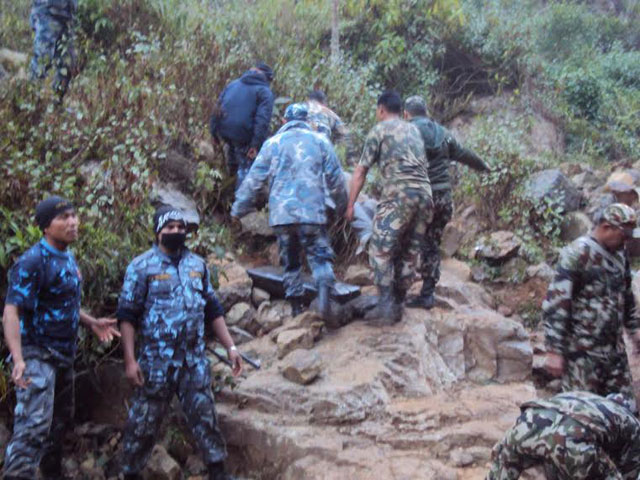 When a commuter bus met with an accident in Palpa on thursday, At least 14 persons died and seven others including two women were injured.

The ill-fated bus (LU 1 KHA 4924) was heading towards Bhirahawa from Pokhara when it veered off the road and fell some 500 metres below the road into the Bhalukhola River at Chadipani-2 along the Siddhartha Highway at around 2 am.

According to DSP Shiva Shrestha of the District Police Office, Palpa, all the deceased are male and their identities are yet to be established.

“The bus might have lost control of the vehicle after the driver dozed off at the steering wheel leading to the accident,” said DSP Shrestha.

Shrestha said that 12 persons died on the spot and two succumbed to injuries while undergoing treatment. The bus driver and bus owner were also killed in the tragedy.

Among the injured, four are undergoing treatment at Mission Hospital, Bhusaldanda while others are being treated at Lumbini Teaching Hospital of the district.

There were 21 people onboard when the fatal accident occurred. Police and army personnel with the help of locals carried out the rescue operation.

Chandra OLi (28) of Newroad, Pokhara who jumped off the bus before the vehicle plunged into the river was successful in saving his life. He sustained minor injuries in his body. He is receiving medical treatment at Lumbini Hospital. 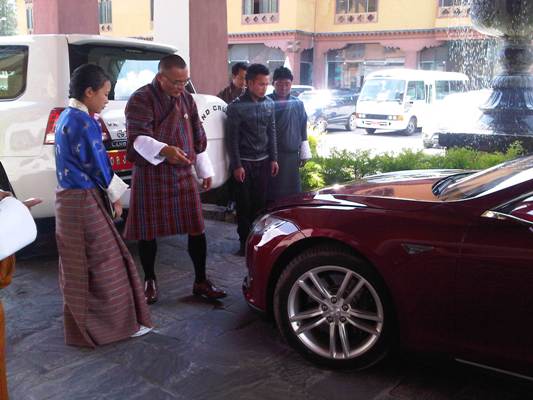 Getting down to business in Bhutan