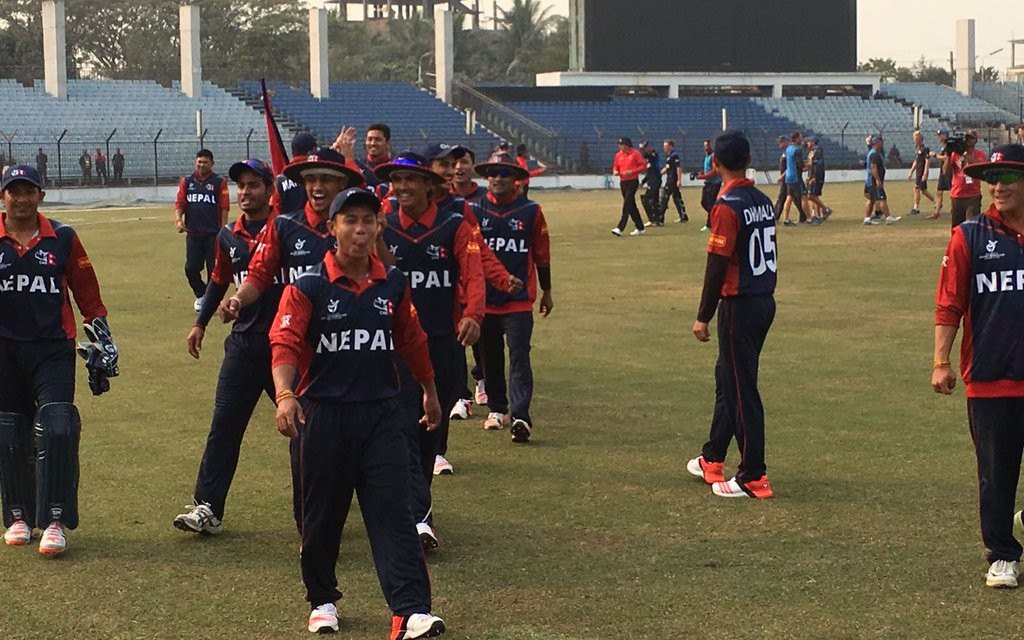 Kathmandu – Nepal U19 team recorded another memorable win over New Zealand U19 to make a happy start in the ICC U19 World Cup 2016 at Khan Shaheb Osman Ali Stadium in Fatullah, Bangladesh on thursday (January 28).

This is Nepal’s second win over the Kiwis in a World Cup and their seventh against a youth side of a Test playing nation. In 2006, Nepal U19 had defeated them by one wicket in the Plate Championship final.

Put into bat in by New Zealand, not a single batsman could score a half century but they piled up 238 for 7 in their 50 overs for Nepal. Skipper Raju Rijal’s 48,Aarif Sheikh’s 39, Sandeep Sunar’s 39 and Kushal Bhurtel’s 35 not out of 23 balls assisted Nepal to post a moderate total.

Openers Sunil Dhamala and Sandeep Sunar put on 39 runs before Dhamala got out after scoring 15 runs. Yogendra Karki soon followed him and runs dried up for Nepal as skipper Raju Rijal and Sunar cautiously took Nepal forward to the middle overs.

However, Sunar couldn’t resist his temptation and was caught behind the wicket trying to attempt a slog leaving Nepal 68 for 3 in 18.3 overs. Skipper Rijal then added 61 runs for the fourth wickets with Aarif Sheikh before he got out for 48 runs.

Another 47 runs for the fifth wicket between Aarif Sheikh (35) & Rajbir Singh, and 40 runs partnership between Dipendra Airee (16) and Kushal Bhurtel guided Nepal to a moderate total of 238.

Lower order batsman, Kushal Bhurtel stole the show with his late cameo of 35 not out off just 23 balls with five boundaries, Nepal scored 51 runs in the last five overs. Smith took three wickets for New Zealand U19.

In reply, New Zealand lost their two wickets early; the first one of Ravindra from a brilliant run out and second one off Finn Allen(11), bowled by Sunil Dhamala. Glenn Phillips was the highest scorer for the New Zealand, who scored the only fifty of the match. Phillips and Skipper Finnie brought NZ back to the game with a 72 runs partnership for the third wicket. Right then, Prem Tamang got both the batsman out in successive over, leaving NZ 108 for 4 in the 28th over.

Skipper Finnie contributed 37 runs before being out. In the later part of the innings, Nathan Smith threatened to take the match away from Nepal with some lusty blows, hitting two big sixes in his knock of 24 runs off just 13 balls. But Dipendra Airee brilliantly bowled him and pulled the match towards Nepal. Wicketkeeper batsman Taylor Scott was caught for 1 runs in the same over, that helped Nepal U19 to secure an empathic win over NZ.

Dipendra Airee grabbed three wickets (5-0-24-3) while Prem Tamang had two to his name(10-0-38-2). Nepal did make three run outs in the match. Nepal’s win was scripted with all round performance in all the department of the game.

Skipper Raju Rijal was adjudged Man of the match for a well compiled 48 (65) that included 6 boundaries.

Nepal U19 now takes on Ireland U19 on Saturday in the second match of Group D. 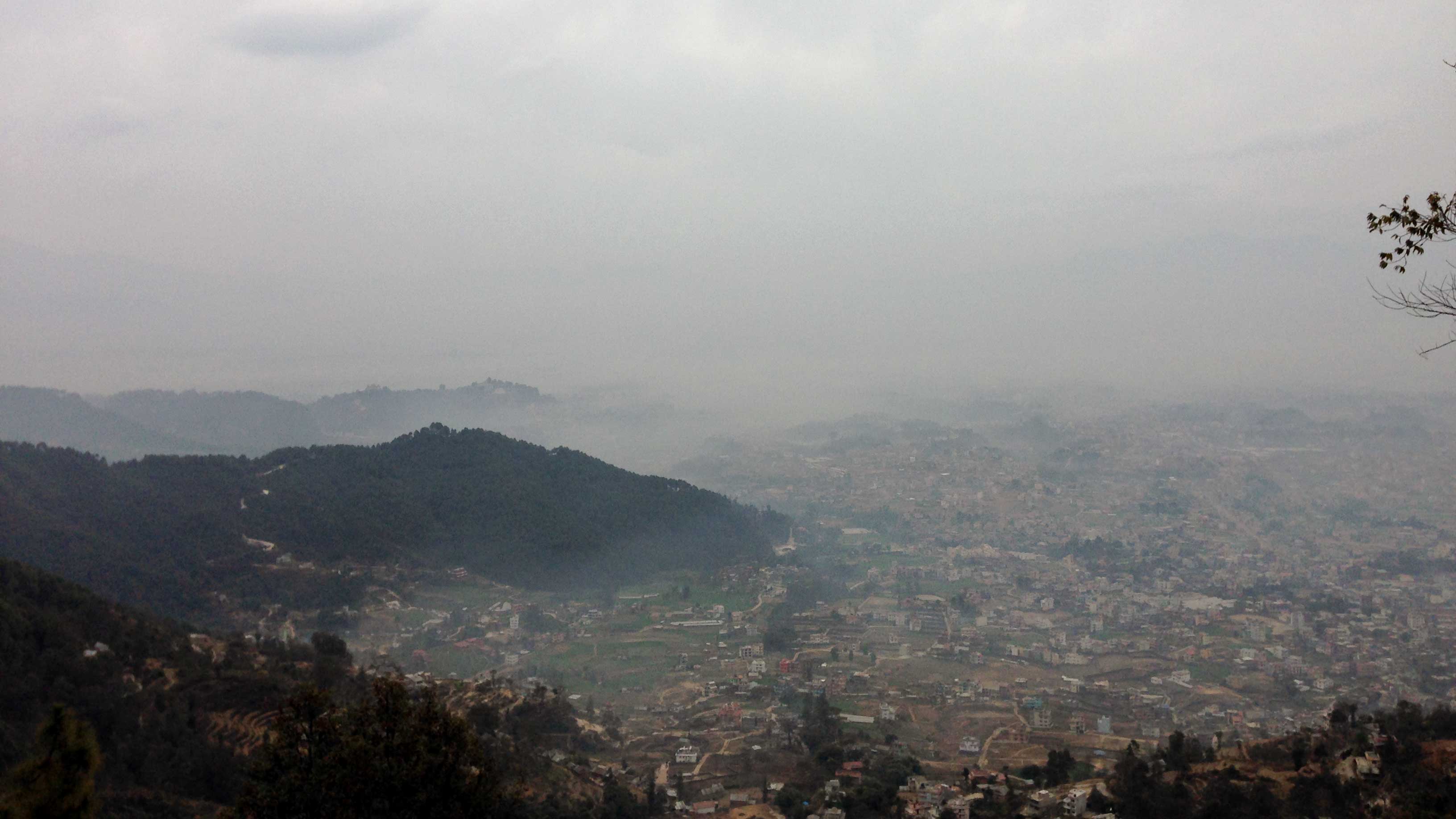 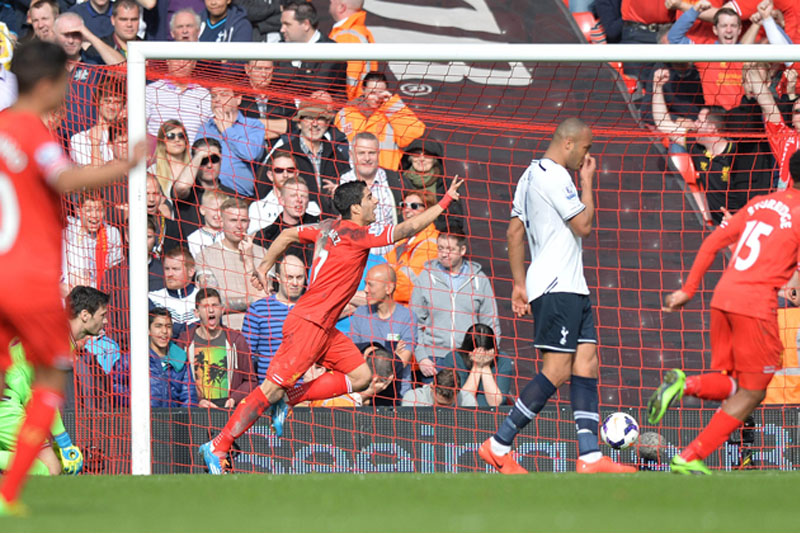