1) Who will Obama’s executive actions help?

There are two big buckets of relief being granted here.

One is an expansion of a program Obama’s already put into place: the 2012 Deferred Action for Childhood Arrivals program (DACA), which allows young unauthorized migrants who’ve come here as children (and who meet a few other requirements) to get temporary protection and work permits. 1.2 million immigrants are eligible for DACA already (although only about 600,000 have actually applied for and received protection).

The other is relief for parents of legal residents of the United States.

There are other small forms of relief that are helping some unauthorized immigrants — some of which we’ll get to later.

The White House says that in total, nearly 5 million unauthorized immigrants will be protected from deportation. The two major deferred action programs cover about 4.3 million immigrants.

By the numbers, you have:

The logic behind the new program: US citizens are allowed to apply for their parents to get legal status, once they’ve turned 21. But there are rules that make it extremely difficult to get legal status in the US if you’ve ever been unauthorized — especially if you’re not willing to risk leaving the US in the hopes that you might get to come back. And before they turn 21 (or get citizenship), there’s nothing anyone can do. So granting parents deferred action allows them to stay in the US until their children can get them permanent legal status.

2) How will this program work?

In order for the program to be effective when it officially launches (which is expected to be in spring of 2015), people are going to have to apply. And that could be tricky. After all, these are people who’ve been living in the shadows for years — and have learned that any interaction with government officials could lead to their deportation.

The good news is that the administration, and community groups, have done something of a test run on the new program — via the DACA program in 2012. The push to get unauthorized immigrants to apply for DACA has created an existing infrastructure that can now be built on for the new, expanded relief programs. But in order to build on that, they’re going to need more money and more lawyers. And the government agency running the program, US Citizenship and Immigration Services, doesn’t have much money to spend on outreach.

3) Is the president granting immigrants legal status? Is this a path to citizenship?

No. Only Congress can do that.

Obama is promising certain classes of immigrants that they won’t be deported for a three-year span of time. The program will also issue work permits that are valid for the same amount of time. And in most states, deferred action is also enough to make someone eligible for a driver’s license. But as soon as the three years are up, if an immigrant hasn’t applied for renewal, he or she is vulnerable to deportation again.

And that assumes that the administration — or a different presidential administration — doesn’t stop accepting applications or renewals, killing the program slowly over three years — or eliminating it immediately.

4) So a future president can just take away these protections?

A Republican elected in 2016 could strip all the protections Obama has granted. President Ted Cruz (for example) could even, if he wanted, use the information from deferred-action applications to track down immigrants and deport them.

This creates something of a dilemma for the administration. Politically, the Democratic Party has an incentive to highlight how precarious this new program is — so that Latinos will turn out in 2016. But for the program to be effective as policy, the administration needs to play up its security — so that unauthorized immigrants are willing to apply. That means that the same messengers are going to be saying two different things to Latinos: that they should apply now because the program is safe, but that it could be taken away at any time.

5) Why is the president doing this now?

The Obama administration has been promising for years that it only deports “high-priority” unauthorized immigrants — like convicted criminals — rather than immigrant workers with US-born children. But those promises haven’t always been accurate — the 400,000 immigrants that were deported each year of Obama’s first term included around 80,000 parents of US citizen children (again, each year). The DACA program has demonstrated that formalized protections work much better than vague promises.

President Obama used to argue that he lacked legal authority to take any broad steps to change immigration policy. But in March 2014 he started a review of deportation policy to see if it could be made more humane. That review was stopped to give Republicans one last chanceto pass immigration reform in Congress; they didn’t take it, and in June President Obamarestarted the review — now promising it would cover executive action for all aspects of the immigration system. The administration delayed announcing any changes this fall, but promised that after the midterm elections they would announce major executive actions.

And even though the Democrats got trounced in the midterms, the administration kept that promise. You can look at this as a way to keep Latino voters enthusiastic about the Democratic Party, since they’d soured some on President Obama for setting deportation records. Or you can look at it as the president doing what he believes is right, to protect his legacy.

6) Is it legal for the president to just do this without Congress?

When it comes to immigration, the executive branch has a lot of authority to decide who to deport and who not to deport. Even the conservative legal experts of the Federalist Societyagree that Obama has the authority to take actions of this sort.

There’s been some argument that tools like deferred action are supposed to exist for very rare individual cases — not to protect millions of unauthorized immigrants, like Obama did with the DACA program and is doing again now. But it’s difficult to argue that it was legal to let 1.2 million immigrants apply for deferred action, but not legal to let another 4 million do it.

7) Has a president ever done anything like this before?

Presidents have frequently protected unauthorized immigrants from deportation in the past — but never on this scale.

Deferred action has been used a few times in the past — even before the Obama administration created DACA — to protect small groups of people, like foreign students affected by Hurricane Katrina.

The closest historical parallel is probably a program called the Family Fairness program from 1990. George H. W. Bush used executive authority to allow family members of immigrants who were getting legalized through the Reagan amnesty to apply for protection from deportation, covering about 1.4 million people — 40 percent of the unauthorized population at the time. (Likewise, the president’s new action covers about 40 percent of the unauthorized population today.)

In both cases, executive action covers people who are going to be eligible for legal status eventually, through their relatives — but are currently at risk of being deported. For Bush, it was the spouses and children of amnesty recipients who’d gotten legal status, but not citizenship. For Obama, it’s the parents of US citizens and legal permanent residents.

8) What can Republicans do to stop Obama?

Republicans are united in their displeasure at this development, and they have several options for expressing it. One thing they acknowledge they can’t do is “defund” executive action. The US Citizenship and Immigration Services is funded by application fees, not congressional appropriations. But Congress could pass a law rescinding or narrowing presidential deferred action authority.

The Republican House tried to do this earlier in 2014, for the DACA program, passing a bill that would have prevented anyone new from signing up, and preventing current beneficiaries from renewing. Democrats controlled the Senate, so it didn’t come to the floor there. Once Republicans take control of the Senate in the New Year, they could pass a similar bill — but Obama would almost certainly veto it.

Rather than a standalone bill, Congress could attach riders killing Obama’s immigration programs to the annual appropriations bills. If Obama vetoed the bills (or if Senate Democrats filibustered them) then we’ll have another government shutdown.

They can also try to sue to stop the new program — maybe by adding it to their planned lawsuit against the administration over Obamacare’s employer mandate.

9) What are the other changes Obama is making to immigration policy?

A few things are happening:

Reforming Secure Communities: The White House is also making major changes to its signature immigration enforcement program, called “Secure Communities.” Secure Communities sends the fingerprints of anyone booked into a local jail to immigration officials; federal agents can then ask the local cops to hold the inmate, so they can pick him up. Federal officials have come under serious fire for using Secure Communities as a dragnet to deport plenty of unauthorized immigrants who aren’t serious criminals, and dozens of cities and states have said that they’re only going to honor federal requests to pick up an immigrant in certain cases.

Now, the federal government is following that lead: it’s only going to ask state and local officials to hand over an immigrant if the immigrant fits an “enforcement priority” (like being a recent border crosser), or after he or she has been convicted of a crime. And it’s acknowledging that even then, those are only requests.

More work permits for recent graduates: The administration is looking to expand a program that lets foreign students in Science, Technology, Engineering, and Math (STEM) fields work in the United States for up to 2 1/2 years or so after they graduate.

The program’s called Optional Practical Training, and it currently allows students to work in the US for a year after graduation — but if they’re STEM professionals, they can apply to stay for an additional 17 months.

The OPT program was expanded in 2012, to cover more fields of study. It’s estimated that anywhere from 100,000 to 200,000 immigrants are currently in the US under the OPT program. Senior administration officials offered few details on exactly how Obama hopes to expand the program, simply saying it’s a rule-writing process that will take some time to unfold. 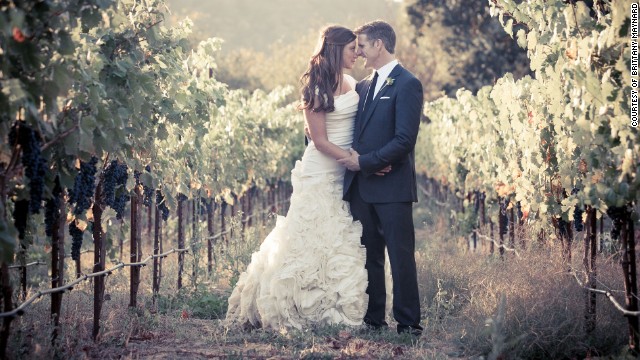 My right to death with dignity at 29 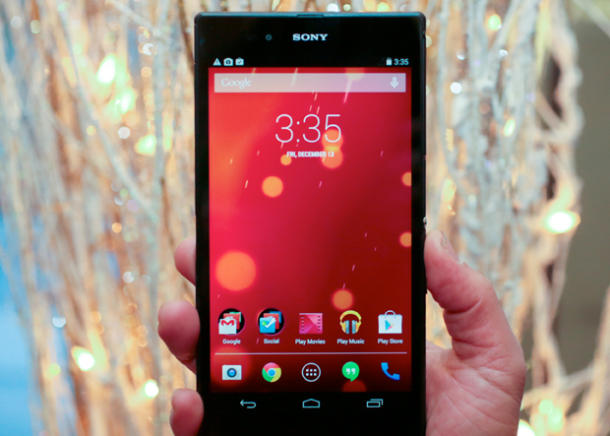 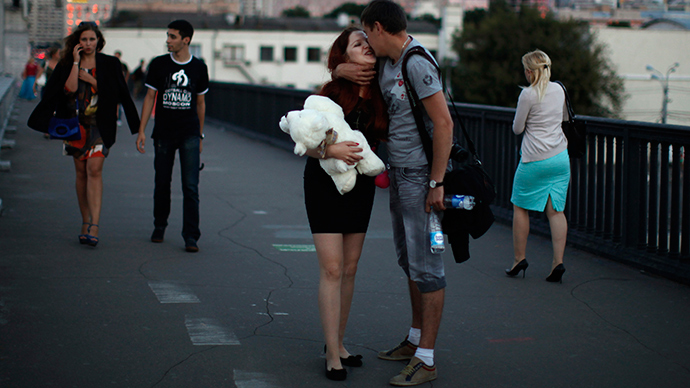