Four major parties are weighing three options to address the demands of the agitating Madhes-based parties and Tharu groups.

The first option, according to cross-party leaders, is redrawing the federal map in a way that addresses the demands of the Tharus, Magars and the Tarai-based parties.
If the parties take this alternative, there will be two provinces in the plains: one from west of Nawalparasi and the other from Parsa to Morang. Three Tarai districts—Kanchanpur, Jhapa and Chitwan—will be in the Hill provinces. However, CPN-UML Chairman KP Oli and Nepali Congress Vice-chairman Ram Chandra Poudel are reluctant to make big changes in the current seven-province delineation.
The second option is to split the Tharu-dominated part of Kailali to be merged with a Madhes state—Province 5—as proposed by the Madhesi Janadhikar Forum-Loktantrik. The UCPN (Maoist) has also supported this proposal.
The third idea is entrusting a federal commission to take final decision on the alignment of the five disputed districts: Jhapa, Morang, Sunsari, Kailali and Kanchanpur. The constitution draft has a provision for federal commission to smoothen the rough edges of the federal blueprint.
Though the parties are exploring ways, there has been no agreement on any of the options. A meeting of the four parties on Thursday decided to scale up effort to address the demands of the protesting parties and groups. 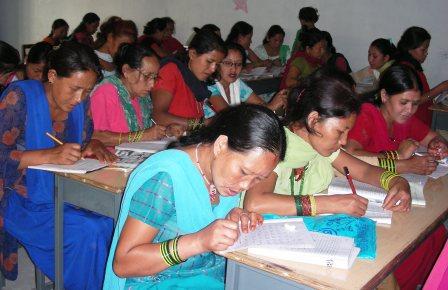 KATHMANDU – THE CITY OF BEAUTIFUL CHAOS