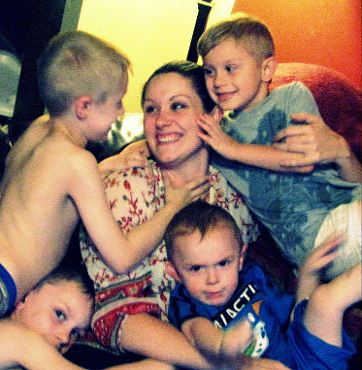 But before all that happens — before they’re exposed to boobs that are as round and firm as cantaloupes and pictures of taut, airbrushed, dimple-less butts — I’m exposing them to a different kind of female body.

Ours is not a modest household. I don’t lounge around in the buff like my boys do (and I spend more time saying, “Put on some pants!” than anything else) — but I’ve never refrained from changing clothes in front of them, or leaving the door open when I shower, or nursing babies without a cover. Because I want them to see what a real female body looks like. Because if I don’t — and their first images of a naked woman are the impossibly perfect physiques in those magazines or those movies — what kind of expectations will they have? And what woman could ever live up to them?

Between you and me, I’m dismayed, big time, by my post-baby body. But for the sake of my boys — and my future daughters-in-law — I lie through my teeth. When they ask about my stretch marks, I tell them proudly how growing a baby is hard work, and that they’re like badges I’ve earned (gaming references always hit home with dudes, no matter what you’re explaining). As much as I’d like to cringe and shrink away when they touch my squishy belly, I let them squeeze my flab between their curious fingers. Do I hate it? Yes. I want to wail, “Leave my fat alone!” and run for the nearest oversized T-shirt (or, like, the nearest liposuction clinic).

But I don’t. Because for right now, for these few formative years, my flab is their one and only perception of the female body. And I want them to know that it’s beautiful, even in its imperfection.

I tell them how strong my body is. They see me work out. They see me make healthy food choices, but still indulge my love of baked goods. And though — like most women — I might inwardly beat myself up over my jeans getting too tight, or groan in frustration at the numbers on the scale, I’m never anything but proud of my body in front of my boys. Even when I feel the complete opposite inside. Instilling a positive body image is not an issue reserved for people with daughters — and for boys, it involves not only making them confident about their own bodies, but also letting them know that real is beautiful when it comes to the opposite sex.

I don’t want to do them, or any women they might happen to see naked in the future, the disservice of telling them that saggy boobs are bad or that a little bit of flab is something to be ashamed of. I want them to know that this is the norm, not the nipped-tucked-and-digitally-enhanced images they’re going to be bombarded with. Sure, they’ll gawk at those bouncy boobies and flat stomachs and perky butts… but I have hope that, deep down inside, they’ll know that isn’t the standard to which they should hold women’s bodies. Like, ever.

There will come a time when I cover up when they’re around. I’m sure at some point I’ll hear, “Ugh, Mom, put some clothes on!” or that they’ll learn to knock before barging into the bathroom (which sounds heavenly — I’m not gonna lie). But until then, I’ll let them run their fingers along my stretch marks, and grin and bear it when they squeal with delighted laughter at the way my butt jiggles when I walk across the room to grab a towel. Because while they’re young, I want to plant the seed — so that when they’re older, and their wives say, “I wish my thighs were smaller,” my sons can say, “They’re perfect just the way they are.”

posted on: The Huffingtonpost. 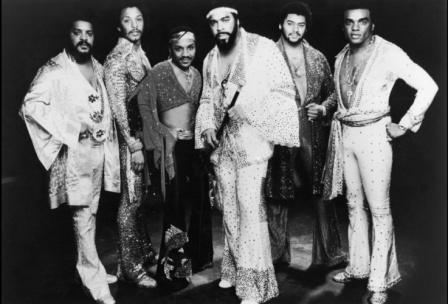 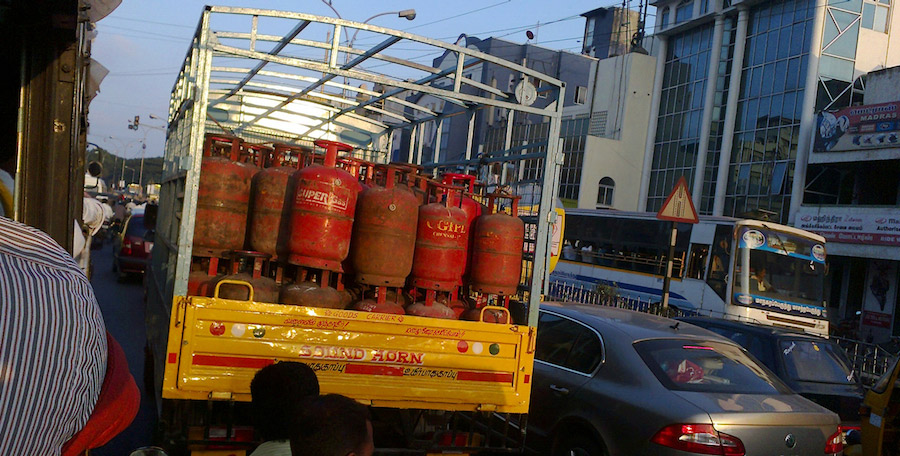