8 Things You Never Knew About Men and Sex

It’s a common stereotype that for men, sex is like pizza: even when it’s bad, it’s good. But that’s one of the many sexual myths that we might want throw out for good. “We always talk about the differences between men and women, but I think we’ve exaggerated that,” says Abraham Morgentaler, M.D., author of Why Men Fake It: The Totally Unexpected Truth About Men and Sex. As the director of Men’s Health Boston and an associate clinical professor of urology at Harvard Medical School, Morgentaler has been helping men with their sex lives for over 25 years. And as the title of his book implies, he’s heard some very interesting things in his practice.

So we asked Morgentaler to enlighten us with some of the most surprising things women don’t know about men and sex. You might want to sit down for this:

Men Can—And Do—Fake Orgasms
In the case study that inspired the book, one man came to Morgentaler complaining that he didn’t know how to stop faking orgasms with his girlfriend. He hadn’t been able to climax during intercourse for most of his life, but since he really cared about his new girlfriend, he’d resorted to faking it so that she wouldn’t get offended. Shocked? He’s not the only one. “As this book was being written and I was talking to people about it, it was astonishing to me how many men said they’ve faked it in their lives,” says Morgentaler. So what about the matter of, um, evidence? If you’re using a condom, you probably wouldn’t know if he disposed of it pretty quickly. “If you’re not using a condom, it’s often a question of how much fluid is down there and how aware is the woman,” says Morgentaler.

Seriously! In some cases, men can actually orgasm without ejaculating, says Morgentaler. In some men with diabetes, the opening to the bladder doesn’t close well, and the fluid can go back into the bladder (it’s released when they urinate after sex). Another slightly more common example is older men who have had a radical prostatectomy. And although Morgentaler isn’t totally sure about this one, people who practice tantric sex often believe that men can experience an orgasm without ejaculating.

They Fake it for the Same Reasons Women Fake It
According to most of the men Morgentaler has treated, the primary reason for faking it was because it just wasn’t going to happen for them during sex (which is also one of the reasons women fake orgasms). Maybe he’s had too much drink, he’s feeling anxious, or he’s on medications for anxiety or depression that make it harder to orgasm. “It’s almost the same as what happens with women,” says Morgentaler. “It’s a way of saying to their partner that they still did a good job, everything’s fine, and it’s enough for now.” Essentially, both genders fake it for pretty unselfish reasons. (That said, it doesn’t make it the best idea. Read our tips to never fake an orgasm again.)

Younger Men Have Problems With Erections, Too
It’s not just the over 40 crowd that’s seeking sex therapy and little blue pills. “Men—including young men—have a lot of sexual issues,” says Morgentaler. “This is not rare by any means.” And it’s not just erectile problems that they’re suffering with—premature ejaculation affects about 20 percent of men, says Morgentaler. Check out three big reasons he might be having trouble down there.

Men Aren’t Always in the Mood
“This idea that man are ever-ready, ever-willing is actually not true,” says Morgentaler. “It may be true at 18, but things change once you have responsibilities.” We think it’s normal when we’re not in the mood because we’re stressed or bloated, but for some reason we assume guys are immune to stuff like this. The thing is, they aren’t. So if he isn’t really feeling it tonight, don’t freak out—it’s totally normal for guys to pass on sex every now and then.

Men Are Often More Focused On Your Pleasure Than Their Own
There’s a myth that guys can be a little selfish in the bedroom. But from the cases Morgentaler has seen in his practice, it’s quite the opposite. Men, like women, are often more concerned with pleasing their partner. “As soon as a man has any kind of feelings for a partner—even on the level of wanting her to like him—a lot of that focus on his own satisfaction gets shifted to wanting to be good in her eyes,” he says.

One of Morgentaler’s favorite examples of this is a patient who is a paraplegic and was finally able to have sex with his wife with the help of penile injections. He was thrilled and told Morgentaler he felt like a man again—but remember, he couldn’t feel any of this sensation himself. “That story is really about what it meant to him to be a sexual provider.” Another example: All of the men coming into his practice seeking a harder erection. The thing is, firmness does nothing for a guy’s sensitivity or orgasm—it’s just the level of stiffness they’re able to provide their partner. “It’s not about the guy—it’s about who he’s trying to be for his partner,” says Morgentaler.

Some Men Are Incredibly Sensitive About Their Sexual Performance
Again, we’re not all that different, right? Morgentaler has had patients whose sexual dysfunction traced all the way back to a single negative comment or bad experience. From buff, tough men breaking down in his office to guys who are devastated when they find out their wife faked an orgasm, these cases have shown him that some men’s confidence and masculinity is deeply rooted in how they see themselves through the eyes of their sexual partners. Obviously this doesn’t mean you should lie to a guy about being amazing in bed (you wouldn’t want someone doing that to you, either!), but Morgentaler suggests another takeaway: “If women want to know the single best thing to keep a relationship positive, I say that if a guy has done something good for you sexually, let him know. Even a simple ‘that was great,’ will do wonders.”

You May Have a Higher Libido Than Him
According to Morgentaler, we’re in the midst of a major sexual shift. Women today are more sexually liberated and more comfortable asking for exactly what they want in bed, which is an overwhelmingly positive thing. But interestingly, it’s resulting in way more business for physicians like Morgentaler. See, guys are just as familiar with the stereotype that they should have the higher libidos, though that doesn’t make it true. “What I’m seeing much more now are men who come in and describe a relationship where their partner wants to have sex a lot more than they do,” says Morgentaler. “It’s not that their desire is so low, it’s just that some women have a stronger libido. That’s probably always been true, but culturally they were not expressing it as much as they do now.” In fact, he has more men come into his office asking for help “keeping up” with the libidos of the women they’re dating. Men who can go one or two rounds in bed are seeking Viagra so they can go a third time—even if they have no actual erectile issues.

By no means are we suggesting that women should have lower libidos or ever feel embarrassed about their desire. Instead, it seems that both genders are going to have to accept that mismatched libidos (in either direction) are a totally natural thing—and we may start to see it becoming more prevalent. “How couples negotiate that can be important. One needs to be respectful of the other person’s sexuality, too.”

BY CASEY GUEREN posted on:  The Daily Me 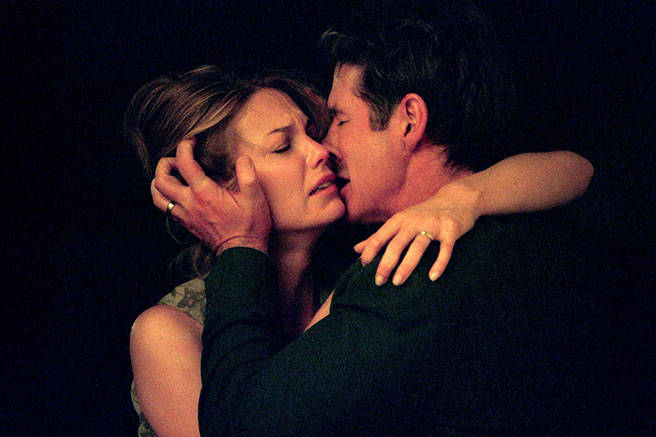 I HIT SEND: I EMAILED A STRANGER TO TELL HER I WAS SLEEPING WITH HER BOYFRIEND 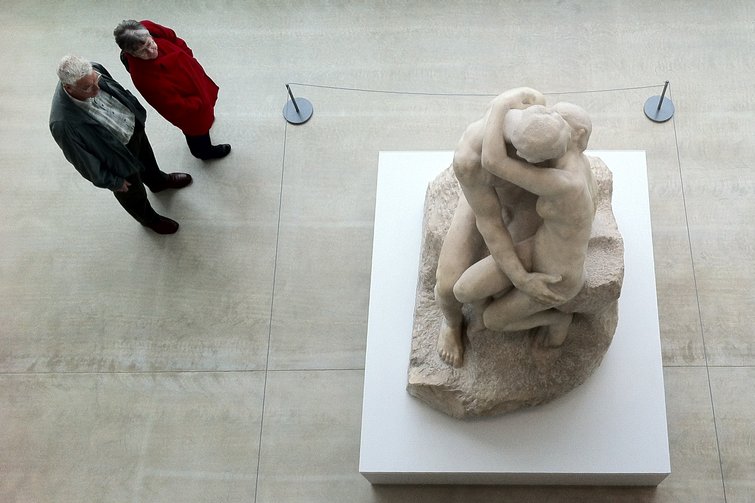 Where people have the best sex, the worst sex, and the most STIs 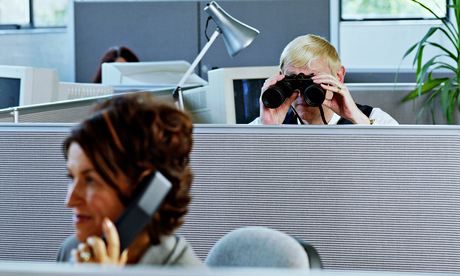 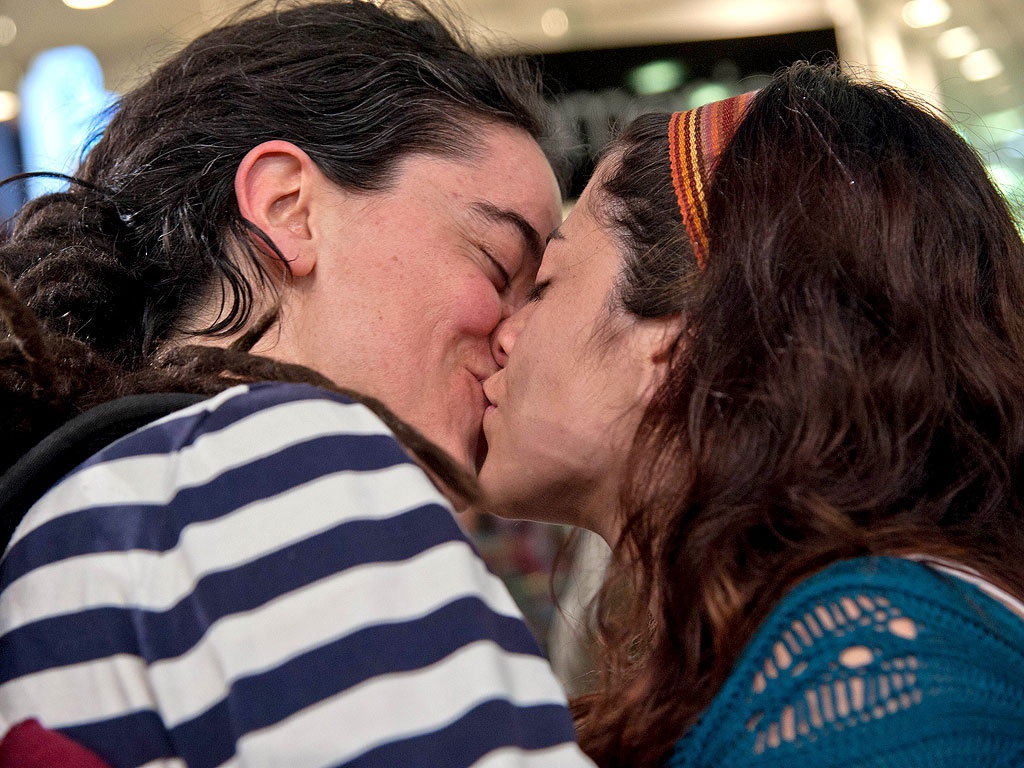