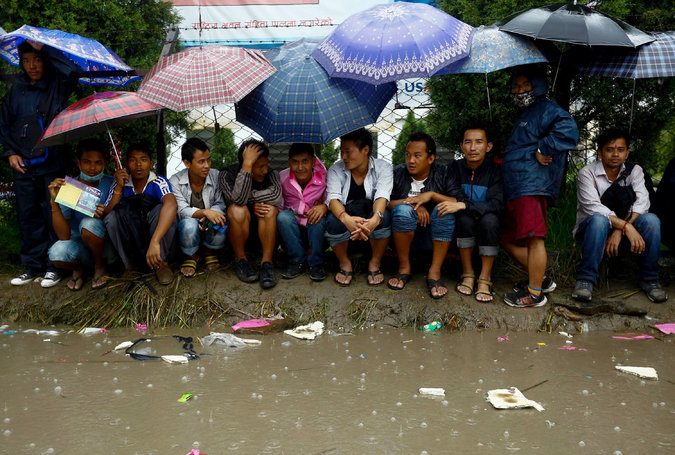 KATMANDU, Nepal — Picking up coffins at Tribhuvan International Airport here was once part-time work. Only a few arrived each week, not enough for a hearse driver to make a decent living.

Now, at least five turn up daily, the bodies shoehorned into white plastic-wrapped boxes. So, in 2009, Dipendra Prasad Acharya quit his job driving trucks to work full time in one of Nepal’s few growing industries — transporting the bodies of emigrant workers.

Mr. Acharya knows that his job is assured. At each pickup, he navigates around hordes of rangy young Nepali men and a growing number of women who mob the second-class departure terminal — some of whom are bound to return shrink-wrapped.

“The number of dead bodies keeps increasing,” he said, waiting for another coffin. “We ferry the dead to their home villages free of cost. The government pays me for my work.”

Nepal is a political and economic mess. A 10-year Maoist insurgency ended in 2006, but political leaders have since been unable to agree on a constitution. Despite vast hydropower potential, electricity is in such short supply that lights are extinguished for up to 14 hours each day. Manufacturing has declined for years, and now represents a paltry 6 percent of the country’s economy. Poverty is endemic, air pollution is choking, and health statistics are terrible.

With few jobs at home, the country’s youths have responded by leaving. The scale of emigration has astonished development economists, yet it continues to grow, increasing 37 percent in just the past two years.

On average, about 1,500 Nepalis officially left for jobs abroad each day in the 2014 fiscal year, up from six in 1996. Even more are thought to have left unofficially for India, though because the border is unchecked no one knows the precise figure. In some seasons, one-quarter of the country’s population may be working beyond the border, economists and manpower officials estimate.

No country in the world with at least 10 million people earns a greater share of its wealth from emigrant workers. Nepal has long been a destination for tourists eager to see the world’s highest mountains. But increasingly, even young Nepalis just visit.

“People that have come from abroad are more punctual,” said Ganesh Gurung, a sociologist at the Nepal Institute of Development Studies. “They don’t spit as much in public places.”

But backbreaking labor in Kuwait, Malaysia, Qatar and Saudi Arabia, the most popular destinations outside of neighboring India, has resulted in a troubling number of deaths. An investigation last year by the British newspaper The Guardian said that Nepalis were being used as slaves in Qatar to build facilities for the 2022 World Cup, and returnees have been found to have higher rates of H.I.V. and AIDS.

Still, in dozens of interviews, many of those who returned from the Middle East praised the working conditions there, though many also complained about poor living conditions and delays in getting paid. (A recent survey of Nepali migrant workers found that a quarter returned home because employers violated contracts, and female domestic workers in particular complained about excessive hours.)

“Before I went to Qatar, I’d never worked with safety equipment like safety belts and helmets and steel-toed shoes,” Kaplesh Mandal, a 30-year-old laborer, said in comments that were echoed by other men. “And there is traffic regulation. If we could get that here in Nepal, that would be really good.”

Migrants have transformed Katmandu, the jumping-off point for most official migration. Between 2001 and 2011, the city’s population grew 61 percent, to 1.7 million, while the country’s rose 14 percent, to about 26.5 million. Hundreds line up every day at the Narayanhiti Palace to apply for passports, a long and expensive process.

But no place has changed as much as the Dhanusha District, an agricultural region along the Indian border with low incomes and the highest share of emigrants’ families in the country. Much of the land is devoted to rice paddies, and yoked oxen are still the most common means of plowing.

Janakpur, the district capital, is a fetid warren of potholed streets, with some piled so high with rubble that they resemble a war zone. Roads outside the capital are largely dirt tracks over which vehicles rarely travel more than 15 miles per hour and people defecate openly throughout the day.

But hope has come to Dhanusha in the form of solid homes, a proliferation of radios and TVs, and good schools. There are also more bars for men who developed a taste for alcohol while abroad.

In 2007, Madan Deuba opened the Siddhartha English Boarding School, charging from $4 to $8 per child per month. In the seven years since, he has refurbished a small compound of whitewashed buildings and now has 400 day students. He hopes to continue expanding.

“Nearly all of the money I get comes from fathers and uncles who are working in Qatar or Saudi Arabia,” he said in an interview.

He has 11 teachers, and his students sprang to their feet when he entered classrooms. “Afternoon, sir,” the children sang in unison.

Fewer than half of Dhanusha’s adults can read, but the district’s emigrants invest substantially more in education than nonemigrants, a study found. Mr. Deuba said that his goal was to ready students for jobs abroad, although he said he never considered teaching Arabic.

A few blocks away, Munesa Khatun lived in a half-built brick home that her husband planned to finish when he returned from Saudi Arabia. But he died in that country. Now, one of their two sons works in Qatar and the other is waiting for a visa to join him, she said.

“I’m very frightened for my son because I don’t want him to die over there like his father,” Ms. Khatun said. “But we need money, and there is no other way to get it.”

Indeed, while foreign jobs have eased Nepal’s endemic poverty, they may be creating a vicious cycle that forces more and more people to leave by keeping the country’s currency and inflation high while hurting domestic production. Imports have surged, and little of the infrastructure needed for domestic growth has been built. Development economists are worried that Nepal’s lifeline may strangle it, either slowly or quite suddenly.

“If something were to happen in the gulf that affected the migration flow, Nepal would explode,” said Chandan Sapkota, an economist at the Asian Development Bank. “And neither policy makers, intelligence agencies nor the government here has any idea what to do about it.”

By : GARDINER HARRIS  Writing For The NewYork Times and was published on 14th August 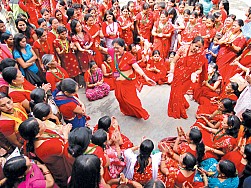 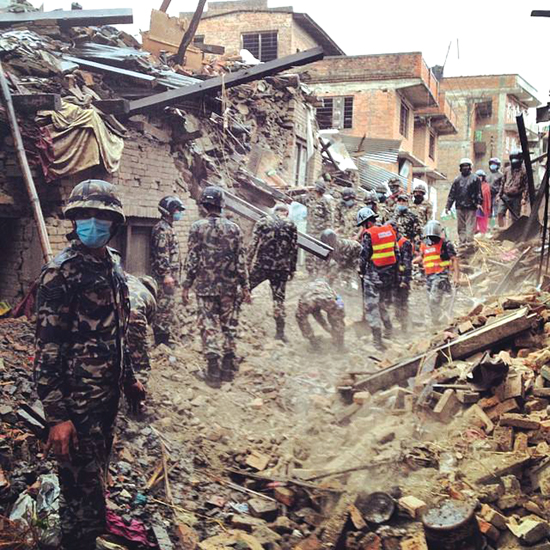 IMPORTANT: Giving to the living