The Kathmandu valley is filled with a huge number of world heritage sites. Kathmandu is also called “the city of temples” as it is believed that there are more than a thousand temples in the city. These facts result in Kathmandu being the prime city to get around for sightseeing. 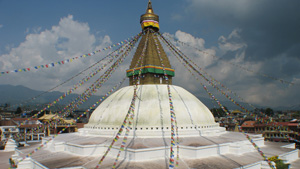 The Boudhanath stupa (aka the Boudha, Chorten Chempo and Khãsa Caityais) is one of the holiest and most recognisable sites in Kathmandu. Assigned UNESCO world heritage status in 1979, the stupa has a height of 36 metres and a diameter of 120 metres, making it the largest in Nepal and one of the largest in the world. It has a tall central spire from which colourful prayer flags are draped and is built on an octagonal base surrounded by scores of prayer wheels. There has been a stupa on this site since Tibetan king… [More…] 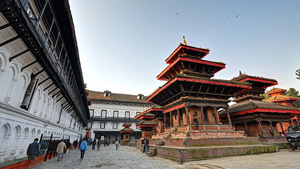 In Nepali, ‘durbar’ means ‘palace’. And, though the Nepali royal family moved from the palace on Durbar Square (called the Hanuman Dhoka) about a century ago, this remains the tourist heart of Kathmandu. Most visitors are surprised by the sheer number of temples surrounding the square, and the two adjoining squares, some of which date back to the 12th century.The jewels in the crown are the Hanuman Dhoka itself (the complex of royal palaces), the magnificent Taleju Temple (built in 1564 by Mahendra Malla,… [More…] 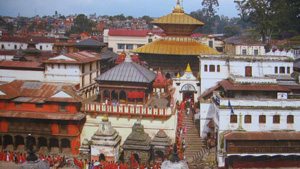 Built in 1696 on the orders of King Bhupendra Malla, Pashupatinath is Nepal’s most important Hindu temple. Built in the pagoda style of architecture, Pashupatinath stands on the banks of the Bagmati river, has a distinctive gilded rooftop, intricately carved rafters (featuring members of Shiva’s family) and four silver-plated main doors surrounded by statues of deities. Pashupatinath reaches a maximum height of 24 metres, and is presided over by priests called Bhattas and a chief priest called Mool Bhatt or Raval. Non-Hindus… [More…] 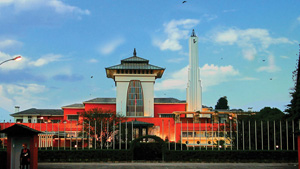 The Narayanhiti Palace Museum (aka Narayanhiti Durbar), located in central Kathmandu, served as the primary residence of Nepal’s monarchy for over a century until 2008. The Palace is infamous for being the place where, in June 2001, King Birendra, Queen Aiswarya and six other royals were shot dead by Crown Prince Dipendra before Dipendra turned his weapon on himself; the apparent motive was revenge, after the King and Queen refused to approve the Prince’s marriage intentions. Birenda’s replacement, King… [More…] 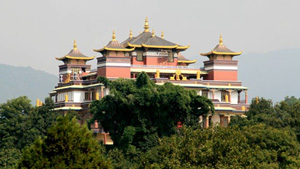 The Kopan Monastery is a gated community of Buddhist monks found on a hilltop north of Boudhanath. Founded by Lamas Thubten Yeshe and Zopa Rinpoche in the early 1970s, the Monastery houses 360 monks in grounds which include an enormous Bodhi tree, the Chenrezig gompa (temple), statues, prayer wheels, prayer flags (at the top of Kopan Hill) and the colourful Thousand Buddha Relic Stupa (pictured).The Monastery is twinned with the nearby Khachoe Ghakyil Nunnery. Those visiting should expect to replace the… [More…] 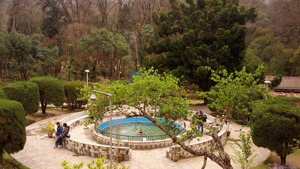 The Royal Botanical Gardens, found 18 kilometres south of Kathmandu in the foothills of Mount Phulchowki (2715 m) and surrounded by an evergreen forest, are a site of outstanding beauty. Opened by King Mahendra Bir Bikram Shah Dev in 1962, the Botanical Gardens—the only in Nepal—now hold over 500 species of plant in 82 hectares. Highlights include the decorative Coronation Pond, visitor centre (with interesting exhibits on Nepal’s flora), greenhouses, and collections of rhododendrons (Nepal’s… [More…] 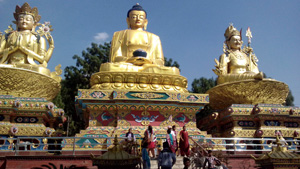 The Swayambhunath Stupa (meaning the ‘self-created’ stupa, aka the Monkey Temple) is found on a hilltop to the west of Kathmandu. Second in importance only to the Boudhanath Stupa, the Swayambhunath complex, founded by King Manadeva during the fifth century, contains a stupa, temples, shrines, Tibetan monastery, museum and library. The Stupa, re-gilded with 20 kilograms of gold in 2010, has a large white dome at its base, above which are painted four sets of Buddha’s eyes and eyebrow; further up the… [More…] 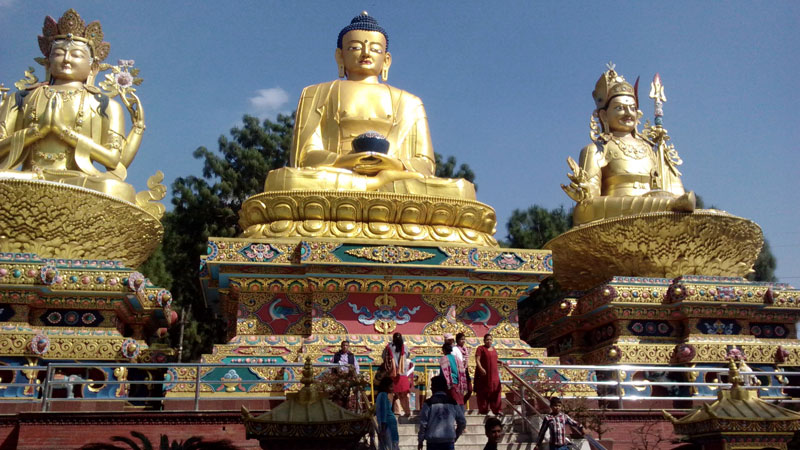 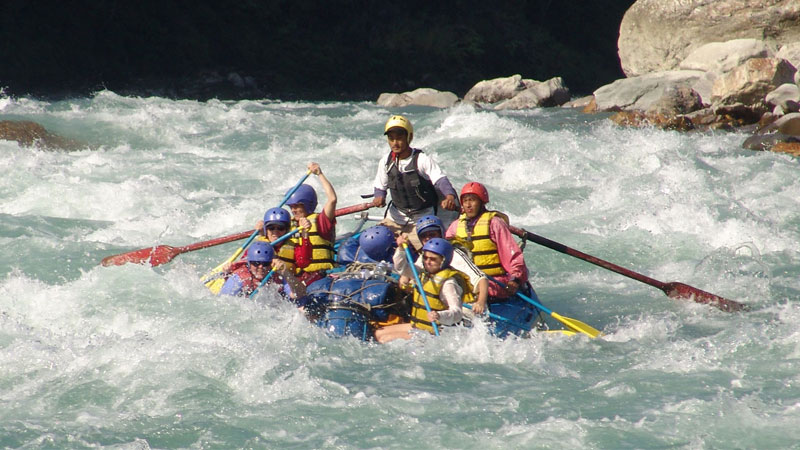